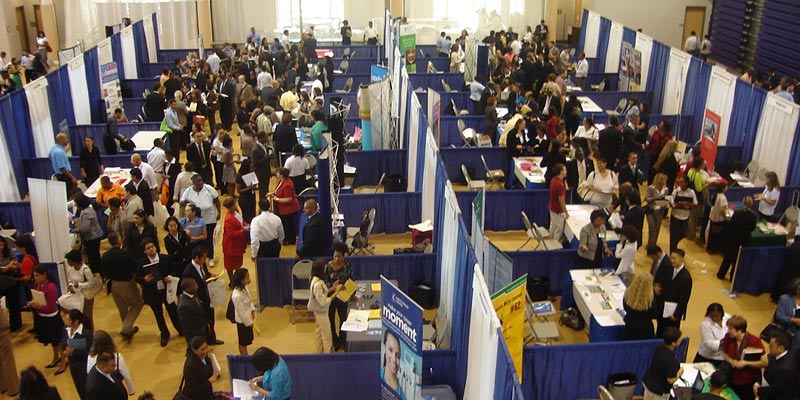 Hiring accelerated in February as the nation’s economy created a better-than-expected 236,000 jobs and the unemployment rate slipped to 7.7 percent, the lowest since December 2008, government data showed Friday.

The report from the Labor Department is likely to help extend the stock market rally that has pushed the Dow Jones industrial average to its highest level in history.

It is also further evidence that the recovery, which has been sluggish at best, is showing the potential to improve, although plenty of hurdles remain.

“While more work remains to be done, today’s employment report provides evidence that the recovery that began in mid-2009 is gaining traction,” Alan Krueger, chairman of the White House Council of Economic Advisers, said in a statement.

From November through January, monthly job growth has averaged 200,000, up from 150,000 for the previous three months. Most economist expect job gains of about 180,000 a month this year. That’s about the same as last year, when the rate fell 0.7 percentage point.

One negative detail: Employers added fewer jobs in January than first estimated. Job gains were lowered to 119,000 from an initially reported 157,000. Still, December hiring was a little better than first thought, with 219,000 jobs added instead of 196,000.

Some analysts say the snowstorm that struck several Northeast states in early February might have held down hiring last month by about 30,000. Others note that the storm hit on a weekend and might not have kept that many people from work.

Several other reports this week have raised hopes that hiring could soon accelerate.

A four-week average of applications for unemployment aid fell to its lowest level in five years. Applications are a proxy for layoffs. When they fall, it suggests that companies are cutting fewer jobs. More hiring may follow.

And payroll services provider ADP said its survey showed that businesses added 198,000 jobs in February, above most analysts’ expectations. And January’s hiring was revised higher by 23,000 to 215,000.

Small businesses have stepped up hiring in the past two months after lagging behind hiring by bigger companies since the recession ended in June 2009.

Services firms, including retailers, restaurants and construction companies, added jobs at a healthy pace in February, according to the Institute for Supply Management’s monthly survey. An index of hiring by service companies slipped but remained near January’s seven-year high.

The ISM’s manufacturing survey found that factories also added workers in February, though more slowly than in January.

Strong auto sales and a steady housing recovery are spurring hiring and economic growth. So far, higher gas prices and a Jan. 1 increase in Social Security taxes haven’t caused Americans to cut back on big-ticket purchases.

Across-the-board government spending cuts also kicked in March 1 after the White House and Congress failed to reach a deal to avoid them. Those cuts will likely lead to furloughs and layoffs in coming weeks.

New-home sales jumped 16 percent in January to the highest level since July 2008. And builders started work on the most homes last year since 2008.

Home prices rose by the most in more than six years in the 12 months that ended in January. Higher prices tend to make homeowners feel wealthier and more likely to spend.

Reuters and The Associated Press contributed to this report.  See original story at: www.nbcnews.com